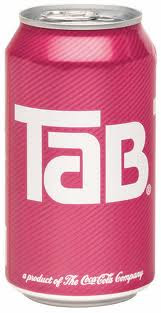 
Sugar and honey have been a favourite way for humans to sweeten foods for years. Stinging bees were worth the threat to get to the honey reward. Cave paintings found in Spain depict honey collecting 8000 years ago. Certain ants in the Northern Territory of Australia store honey in their abdomen, to be used later as a food source for worker ants. Local indigenous people regarded these honey ants as a delicacy.

During World War II sugar became scarce. My father remembers using saccharin as a sweetener during the 1940s in England until sugar became more available. As sugar provides Calories/kilojoules, by the 1970s the world was looking for a low-joule version of sugar to help them keep control of their weight. Those with diabetes were also keen to avoid sugar-sweetened foods and drinks to help them control the sugar (glucose) levels in their blood.

During the 1970s the main low-joule sweeteners were saccharin and cyclamate. They weren’t the greatest tasting sweeteners, certainly not a patch on sugar, but it did mean people could drink calorie-free sweet drinks without affecting their blood sugar levels or weight. Those of a certain vintage will remember the drinks Tab and Tresca.

By the1990s new low-joule sweeteners were available and had a more pleasant taste than saccharin and cyclamate, both subsequently going out of fashion. Let’s take a quick look at some of the more recent sweeteners that have arrived in the food supply.

Aspartame
Probably the best-known intense sweetener is aspartame. It was discovered by accident in 1965 and approved for use in Australia in 1986. I remember the time well because I was working with teenagers who had diabetes and they hated the bitter aftertaste of diet drinks and were looking forward to drinks with aspartame that tasted more like they had sugar. Now aspartame is used in food and drinks in over 100 countries around the world.

Aspartame is merely a very small protein, comprising phenylalanine and aspartic acid, two amino acids found in much larger amounts in every protein-containing food that you eat, from bread to meat. This small protein just happens to be 200 times sweeter than table sugar. Strange, but true.

Yes, you will still hear negative stories about aspartame, especially via the internet and through your email inbox, but we have had nearly 50 years of studies showing that this low-joule sweetener is perfectly safe to consume in the amounts found in the diet. There is certainly no evidence that it causes brain tumours, the enduring concern that is often aired.

As it has phenylalanine, food and drink with aspartame will carry a message to parents with children who have the rare condition Phenylketonuria (PKU). About one baby in 10000 births in Australia will have PKU. With 300,000 babies born each year in Australia, that makes about 30 new cases of PKU. These children have controlled amounts of phenylalanine in their diet so they can lead a very normal life. Too much phenylalanine will cause brain damage in these children.

Acesulphame Potassium (K)
This sweetener was discovered soon after aspartame. It is also a low-joule sweetener about 200 times sweeter than sugar, which means that very little needs to be used to give the same sweet taste as sugar. Often it is used with aspartame to get precisely the right type of sweetness required for the food or drink, such as desserts, puddings, canned food, confectionery and soft drinks.

Like all low-joule sweeteners introduced to the Australian food supply it has been passed by our scientific and regulatory bodies, the National Health and Medical Research Council and Food Standards Australia New Zealand.

Around the world, before any sweetener can be used, it is assessed by the Joint FAO/WHO Expert Committee on Food Additives (JECFA), the Scientific Committee for Food of the European Union, and the Food and Drug Administration in the US.

Despite what you often hear, food companies cannot add any food additive they fancy, nor add them in amounts that suit them. They are all very tightly regulated and used in food and drink with at least a 100-fold safety margin, and that includes all the non-sugar sweeteners.

Sucralose
Sucrose has a similar structure to table sugar, although it is about 600 times sweeter than sugar. Like all sweeteners, it has undergone extensive testing since it was discovered in 1976 by researchers at Queen Elizabeth College in London. More than 100 studies have been conducted on sucralose since its discovery, with no safety concerns found. It is permitted for use in food and drinks in nearly 40 countries, including here in Australia, as well as New Zealand, Canada and the United States.

Stevia
This is the new kid on the block. We can’t really say it has been recently discovered because the natives of the area we now call Paraguay have been chewing on the Stevia plant for millennia. I have tasted the leaf from a home grown stevia plant and it definitely has a sweet taste, although not the same as sugar (so two leaves is my limit). The dried stevia leaves are soaked in water to unlock the sweet compounds in the leaf (known as steviol glycosides), which are then purified. This extract tastes more like sugar, yet has no kilojoules.

The safety of stevia sweeteners has been established based on their long history of use and more than 25 years of scientific research on the sweet-tasting components in the stevia leaf. All the major regulatory bodies around the world have approved it. Stevia is usually not used alone as its sweetness is most effective when in combination with some sugar, hence you will find drinks with only one third of its sweetness provided by stevia and the rest by sugar.

What does it all mean?
Non-sugar sweeteners have been used for a long time since saccharin was first isolated in 1878, over 130 years ago. We have been able to find a range of low joule sweeteners, whether by pure luck, or by searching the plants of the world for their natural sweetness. All the sweeteners have had their safety established before food companies can use them in a very tightly regulated fashion.

The benefits to using non-sugar sweeteners, especially in drinks, is that consumers can enjoy a refreshing drink with next-to-no kilojoules and no effect on blood sugar levels. That makes them ideal for people trying to control their weight or their blood sugar levels.

Sweeteners have no magic properties. Downing a diet drink won’t make you lose weight or make diabetes disappear. Having a ‘diet’ food in one hand and a donut in the other won’t have a cancelling effect. Low-joule drinks and diet foods always need to be part of sensible eating, not a substitute for it. Make wise use of them.

Raben A, Richelsen B. Artificial sweeteners: a place in the field of functional foods? Focus on obesity and related metabolic disorders. Current Opinions Clinical Nutrition Metabolic Care 2012; 15: 597-604
Posted by Glenn Cardwell at 7:42 PM

Hi Glen just wondering if you can confirm something for me. I read on the PEN website that saccharin and cyclamate are not recommended for pregnant women as they can cross the placenta and accumulate in the fetus as it has a slower clearance rate. In your opinion are the other types of artificial sweeteners suitable for consumption by pregnant or GDM women?

Hi Glenn. Wondering if there is a link between consuming artificial sweeteners and sweet/sugar cravings. Do cravings for the artificial sweetener exist? Or does only sugar have that effect on us? Read somewhere 'sweet' food activates the brains pleasure centre and hence we want more.

For centuries, the Guaraní peoples of Paraguay used stevia, which they called ka'a he'ê ("sweet herb"), as a sweetener in yerba mate and other foods, and medicinally as a cardiac stimulant and as a treatment for obesity, hypertension and heartburn, and to help lower uric acid levels.