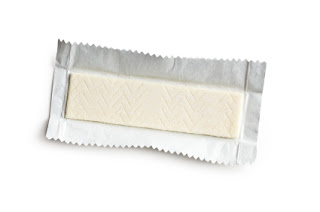 It seems mandatory that every soccer boss chews gum during the match. Maybe it helps to control the nerves. Or maybe it is based on decade-old research suggesting it sharpens the brain.
Chewing gum fits into the “feels good, looks ugly” category. I’ve seen presenters chew gum as they talk, giving the occasional flash of white blob. Kind of distracts from the message they offer.
Teeth, heartburn and your brain
Forget looks. What does the research tell us, because we always love it when someone applies a bit of science to a common pastime?
A small study back in 2005 revealed that chewing gum can ease symptoms of heartburn, probably due to the swallowed saliva buffering stomach acid, and because chewing quickens the emptying of the stomach.
We know that the saliva production stimulated by sugar-free gum chewing helps protect the teeth from decay after a meal. The action of munching away on gum also increases blood flow to the forebrain by 25%. Does that mean that extra glucose is being transported to the frontal cortex, helping memory and thinking? Initially it was thought so.
Thinking & memory
More recently, college undergraduates underwent a series of cognitive tests after they had either chewed gum or had nothing to chew. The gum chewers did better on word recall and speed of mental processing. The greatest advantage in chewing gum for five minutes before the test was in the first 20 minutes or so of testing, after which the test results tended to even up.
Before, not during
The researchers acknowledge that there is other research showing little mental benefit for chewing gum, but this has been in studies where gum was chewed during the tests. In this study, when the gum was chewed and spat out before the tests started, the participants did well; when the gum was chewed during the tests they did no better than the non-chewers.
The authors state: “Clear performance advantages emerge when gum is chewed prior to (but not during) cognitive testing, although the benefits persist only for the first 15-20 minutes of the testing session.”
What does it all mean?
First, please don’t chew gum as you present to an audience. I don’t need to see that bolus circumnavigating your gob. Now, if you have a tricky problem to solve, maybe reaching into the pocket for a sick of gum could help you find a resolution. Just remember to chew for five minutes and then discard the gum into a bin before you face the problem. To help keep your fangs healthy, then it makes sense to choose sugar-free versions of gum.
Recently I was given a sugar-free gum that was impregnated with calcium. If they promise to advertise in my newsletter, I’ll tell you the name. Oh, OK it was Extra Professional with about 40mg calcium per tablet (you need about 1000mg of calcium a day for solid bones). It’s relatively new to Australia and New Zealand, although it could have been around a long time near you.
Reference: Appetite 2011; 57: 321-328
Posted by Glenn Cardwell at 4:37 PM 2 comments: