William Phiston’s book “The Schoole of Good Manners” was published in 1609, in which he states:
"Some thrust so much into their mouthes at once, that their cheeks swell like bagpipes. Others open their Jawes so wide, that they smacke like Hogges: some blow at the nose. All which are beastly fashions. To drinke or speake when thy mouth is full, is not only slovenly, but dangerous."

Especially for the person opposite, I would add. It does show that, sometimes, it is only the spelling of the advice that changes in 400 years.

William was also keen that you didn’t have your elbows on the table:
"Take heede that thou trouble none of them (table guests) that sit next thee with thine Elbowes, nor those on the other side the table with thy feete."

Or just get a bigger table William. I wonder what table manners have changed over time? A new one this century for our family has been: Hey, no texting at the table!
Posted by Glenn Cardwell at 8:30 PM 1 comment:

Are you addicted to food? It is a question many have tried to answer. If you like sweet foods, chocolate, or pizza, does it follow that these foods have an unhealthy allure? There is a good chance that you crave food three times a day because you need food to survive. It’s called hunger. How does that differ to a desire to eat six Krispy Kreme donuts? (Here, I’ve made a wild assumption that Krispy Kreme donuts can be legally classified as a food).

Nutrient lack?
A favourite theory is that we crave foods that provide a nutrient that we lack. There is no science to back that view. Giving people a nutritionally complete milkshake for five days straight, and nothing more, still stimulated cravings for specific foods. Why wouldn’t it? Only milkshakes all day is boring. We are designed to enjoy a range of foods for pleasure, not just nutrients.

Chocolate is probably the most craved food in Western society. The common view is that chocolate, and cocoa specifically, has addictive compounds. Again there is no evidence for this. You will often read that we crave chocolate for its phenylethylamine (PEA). Two problems here. If PEA was addictive, then why don’t we crave cheese and sausages as they have greater amounts? Secondly, there’s very little PEA in chocolate, and the small amount present is rapidly broken down in the liver. Forget the PEA argument.

Opioids
There is a lot of evidence that the consumption of pleasant foods, whether that is chocolate, lobster or a double cream brie, triggers the release of natural endorphins (opioid transmitters) in the brain. That means if the endorphins weren’t released at the time of eating, we wouldn’t enjoy the food as much. And that is exactly what happens. Taking a drug called Naltrexone blocks the release of endorphins and dampens the enjoyment of the food, yet doesn’t affect hunger. In fact, Naltrexone doesn’t cause weight loss, suggesting that a craving for food is not the main cause of overweight.

There is also evidence that the environment can elicit a need for certain foods. If life isn’t working out as it should, it makes sense to your body that you eat foods, or drinks, that are comforting and increase the brain opioid levels. Tough day? A gin and tonic with some chocolate will take away some of the pain.

What does it all mean?
Dr Marcia Pelchat from the Monell Chemical Sense Centre in Pennsylvania says it is difficult to find a direct similarity between food craving and drug addiction. A liking for food is healthy and had an evolutionary benefit in encouraging us to seek food we enjoyed. An addiction to drugs may affect similar pleasurable brain transmitters in an unhealthy way. A case of pleasure going haywire. She says that, however, some overweight people often do exhibit “addictive” behaviour regarding food and this is exacerbated when they go through cycles of restriction and abundance (as in going on and off diets) as that can produce an addictive pattern of eating. 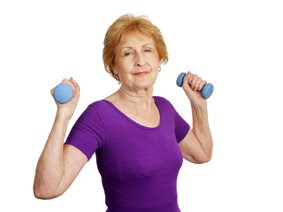 No matter your age, you have constantly had to endure weight loss diets, books, magazines and television programs with their own version of the “weight loss breakthrough”. The first published diet book was unleashed in 1864 (that’s 145 years ago, just in case you thought it was a typo) by a gentleman called William Banting, an English coffin maker. It was called a “Letter on Corpulence”. It was also the first best-seller diet book.

13kg lost and kept off
Despite the constant message that virtually everyone fails to lose weight once they become a bit chunky, there is a significant group of people who have lost lots of weight (average 13kg) and kept it off for over a year (and many for over five years). Here is how they did it.

Key characteristics of permanent weight loss
Constant vigilance
Successful people weighed themselves regularly to ensure they remained on-track for a healthy weight. Once their weight began to rise they would quickly make adjustments to their eating and exercise to reverse the trend. They soon learned what had a positive impact on their weight and what didn’t.

Be active each day
The most successful weight losers were also the most active. Although 30 minutes of activity each day, such as walking, helped weight loss, the most successful people were active for 60 minutes a day. This activity can be spread over the day, such as a 30 minute bike ride in the morning and 30 minutes walking the dog in the afternoon. Imagine telling people they need to be active 60 minutes a day to stay lean. You can see why TV-advertised, “Look like this 19 year old model after 5 minutes-a-day” exercise machinery seems attractive.

Eat a low fat meals & snacks
Those that were able to keep their fat intake down found it the easiest eating style to lose weight and maintain a good body weight. Of course, eating plenty of fruit and vegetables, wholegrain breads and cereals, lean meats and low fat dairy foods all help keep the fat level low. Successful people still had the very occasional treat, take-away or restaurant meal, but the majority of their meals and snacks were low in fat and kilojoules.

Eat breakfast
Virtually all successful weight losers had breakfast every morning. Enjoying the first meal of the day helps people control their eating during the rest of the day.

Eating consistently
Most successful people eat a similar style of eating each day, whether it is a weekday, a weekend, or a holiday. There was no problem going out to dinner or having a gourmet breakfast occasionally because the moment successful people had a bit of an eating splurge they adjusted their subsequent meals or activity to compensate. For example, they added an extra 30 minutes to their morning walk when they had been out to dinner the night before.

Maintain the healthy eating and active lifestyle
Once successful people had maintained a weight loss for two years or more, they found it much easier to continue their lifestyle. In other words, once a healthy lifestyle became a habit, excess kilos stayed off permanently.


What does it all mean?
For an overweight person to successfully lose weight takes a lot of bloody hard work – much too hard for all but the most determined. Hard work is what it takes to endure, manage and succeed in many aspects of life: marriage, child-raising, career, and following the Fremantle Dockers football team. Life was always meant to be a challenge.