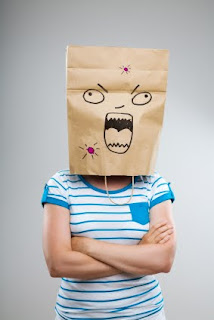 About a year ago I wrote about the link between chocolate and pimples and found the evidence poor. Since then there have been a couple of reviews of the diet data so I thought I would share them with you.

Parents have long handed out dietary advice to reduce pimple production, seemingly based more on socially accepted dogma (avoid sugar, soft drinks and confectionery) rather than any good quality research. No doubt, it suited the good parent/bad teenager model of family life. Since the turn of the century there has been some, but not many, well designed studies to try and determine whether our diet does influence acne.

I took a look at a couple of review papers and both agree that the best evidence is that a low Glycaemic Load diet has the greatest ability to control pimples, that is, a diet that has the least effect on blood glucose levels. For example, it means less rice crackers and crispbreads, cornflakes, crumpets, one-minute oats and more fruit, legumes, nuts, vegetables and dairy foods.

Of course, many people are adamant that certain foods trigger their acne, and there is no argument from me. It is plausible that for some folk specific foods or greasy takeaways can be manifest on their face the next morning. Trying to give general anti-acne diet advice to all is the tricky bit.

There have been other theories of late, such as a diet rich in omega-3 fats from fish helps protect against acne, but there is no clear link between other aspects of the diet and pimples. There has been conjecture that dairy foods, like skim milk, increases the risk of acne by increasing Insulin-like Growth Factor (IGF-1) production, a hormone that elevates the sex hormones that cause acne. The jury is out on that one. The most convincing evidence remains for the high Glycaemic Load diet.

For a start, there doesn’t seem much point in trying to scare those with acne into thinking that avoiding jelly beans and soft drink is a solution. Avoiding the occasional treat is hardly going rid the skin of pimples.

What is clear is that it has been particularly difficult to isolate one aspect of the diet that promotes or defends against acne, meaning that other factors are unavoidable, with adolescent hormones being an obvious one. For example, when you lower the Glycaemic Load of the diet (ie get people to eat better), people of ample size often lose weight and one wonders if the weight loss is equally helpful as low Glycaemic Index (GI) foods in reducing the incidence of zits.

On the other hand, eating well seems to be the most effective way to put diet in your corner for the acne battle. Choosing low GI foods is helpful, except GI is such a difficult physiological concept to get across, so maybe just telling people to eat mainly minimally processed foods will help. Getting them to do so is not so easy.

Posted by Glenn Cardwell at 3:24 PM No comments:

Vinegar and your Blood Glucose 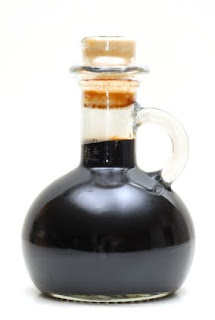 When you eat well you limit the excursions in your blood glucose levels, generally making it easier to control your weight, your pimples and your diabetes, should they be problems. It has been known for some time that adding a tablespoon of vinegar to a meal (eg vinegar in your salad dressing) can reduce the blood glucose response to the meal by 30%.

The theory is that adding vinegar to a meal slows down the rate at which food empties from the stomach and enters the small intestine for digestion, therefore slowing the absorption of glucose.

A recent paper (Eur J Clinical Nutrition 2010; 64: 727-732) indicates that the vinegar effect is more pronounced after high GI meals and not the low GI meals we suggest for good health (and less zits). They used a wine vinegar. I assume the effect is still present with a flavoursome 4-clover leaf balsamic.

Posted by Glenn Cardwell at 3:22 PM No comments: