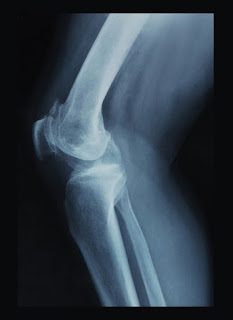 Come a certain age you begin to take an interest in supplements that aid the memory of car key placement, prevent buttock sag and make joint pain disappear. Glucosamine and chondroitin are meant to help in the latter category, especially regarding osteoarthritis. Both glucosamine and chondroitin are naturally occurring in cartilage and connective tissue in and around joints, so you can see the logic in assuming taking extra as a supplement could help relieve joint pain. Although the argument may be logical, is it physio-logical?

There is little agreement about the benefits of glucosamine and chondroitin between researchers, whether for the general public or athletes who give their joints a fair pounding. The consistent problem we have with supplements is that can vary from batch to batch, company to company and they do not have to meet the stringent regulations and proof of efficacy as do medications. Not only aren’t you aware of what you are really getting it also makes it particularly difficult for researchers to both conduct and compare research.

One meta-analysis of six studies involving 1500 people found that there was a delay in the progress of osteoarthritis of the knee after daily use of the supplement for 2-3 years (1). (A meta-analysis is the combination of several studies to get a more precise answer on the effectiveness of a treatment).

The authors warn that the results of the meta-analysis should be treated with caution. One reason is because six studies is not enough research on which to base a firm decision. Another reason is that the studies used pharmaceutical, prescription only, products with measured amounts of glucosamine sulphate (1500mg) and condroitin sulphate (800mg). Once other studies with over-the-counter supplements were included in the mix it became very difficult to see either glucosamine or chondroitin having on an influence on joint structure or pain.

Be assured that scientists are looking for a natural supplement that will reduce any pain associated with, or the risk of, arthritis as everyone wants to remain mobile throughout life. One such supplement could be collagen hydrolysate. A study of nearly 100 athletes taking 10g of collagen hydrolysate daily for 24 weeks (2) found they experienced much less joint pain. As you know, one study doesn’t provide proof, but it could be one of the new products in the future that extends your knee, hip and athletic lifespan.

It’s your call on glucosamine and chondroitin. If you are a believer, continue believing. If you prefer definitive proof (and it may never come) then keep your wallet closed. In the last 12 months there have been three reviews or meta-analysis’ that I know of and they all come to the same conclusion – over-the-counter supplements of glucosamine and chondroitin offer little benefit to your joints (2, 3, 4).

A review by the University of Utah, on glucosamine and chondroitin concluded: “The best current evidence suggests that the effect of these supplements, alone or in combination, on osteoarthritis pain, function and radiographic change is marginal at best. Some patients take these supplements due to a perceived benefit that could represent placebo response, variable absorption, or actual differences in preparations.” (3)

They do acknowledge that there are no safety issues with the supplements, but warn that people taking warfarin (blood thinner) should get approval from their physician before taking either glucosamine or chondroitin.

Your teeth and acid 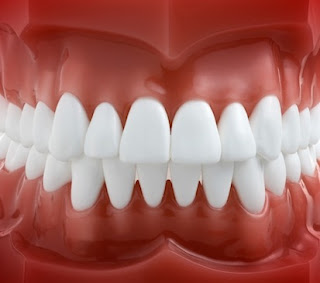 Why might a dentist be the first to diagnose the eating disorder bulimia? Because people with bulimia frequently vomit up their meals on the sly and the stomach acid in the mouth begins to erode the tooth enamel, most commonly on the inside of the bottom front teeth. This is very obvious to a dentist taking a squizz in the mouth.

The same effect can be seen with those who drink a lot of soft drink (regular and diet), energy drinks and sports drinks because these drinks have a pH of 2, still acidic enough to erode tooth enamel. Drinking through a straw will help minimise drink-tooth contact. Tingly teeth? See your dentist for an enamel assessment.

Posted by Glenn Cardwell at 6:52 PM No comments: