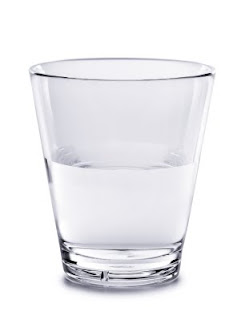 Last month a fruit juice company put out a press release stating that there was new research that 52% of Australians were dehydrated. Evidence provided – zero. We just had to take their word for it.

Later in the press release came the statement that 64% of us aren’t getting the “recommended eight glasses of water a day”. Who made that recommendation? We are not told. Don’t bother looking either because I have never seen a health authority in the world make that statement. Do you drink 8 glasses of water a day? I don’t. It’s winter here. During summer I might, especially if I’m out on my bike. In winter, sitting at my puter I’d much prefer a hot cuppa thanks.

No single level of water intake

Do you really need to drink 8 glasses of water a day? No. There is no harm in doing so and if water is the only drink you have then it is probably a smart decision. The official Nutrient Reference Values (NRV) we have in Australia state “there is no single level of water intake that would ensure adequate hydration and optimal health for the apparently healthy people in the population”.

The NRVs suggest an average intake of 3.4 litres a day, based on the assumption that 800 mL will come from foods like pasta, apples and potatoes and the remaining 2.6 litres will come from non-alcoholic fluids like milk, tea and coffee. (Note that 2.6 litres is about 8 glasses; it doesn't have to all be drunk as water).

The first question that comes to mind is “Don’t caffeinated drinks dehydrate you?” The simple answer is no, they don’t. If you do drink tea, coffee, or cola you will need to pee out some of the metabolites of caffeine but this obligatory urine is a lot less than the fluid in the drink. For example, for a 250 mL cup of tea, your obligatory urine needs are around 50 mL, leaving the other 200 mL as part of your fluid intake. Only alcoholic drinks have a dehydrating effect. For more detailed science on hydration and caffeine download my free ebook called Nutrition Fibs [http://fsplugins.com/shopwindow/glenn/E-Books].

Drinks like soft drink, fruit juice, tea, coffee and milk, and foods like fruit, vegetables, meat, yogurt, soups, stews and steamed rice all have appreciable amounts of water that contribute to your fluid intake. Water is an excellent fluid too; it’s just not the only fluid as some imply. Under normal day-to-day circumstances if you pee every 2-4 hours and your pee is lightly coloured then you are likely getting enough water each day. And that marvel called nature also offers a helping hand when your body gets low on water – it makes you thirsty. How neat is that?


Posted by Glenn Cardwell at 9:31 PM No comments: 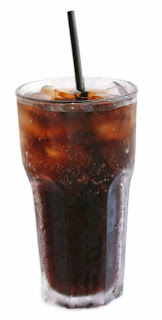 A food magazine recently listed the soft drink consumption by continent or region. Australasia consumed 19 litres per capita while America consumed 161 litres per capita. (Yep, eight time as much). Now, those figures are misleading because Australasia probably includes small Pacific islands and America would include Chile and Bolivia, countries likely to have a lower consumption of soft drink than Australians or US citizens.

I did find a website that listed 18 countries by soft drink consumption [http://www.nationmaster.com/graph/foo_sof_dri_con-food-soft-drink-consumption]. As expected the winner was the US with 216 litres per capita. Wow, that’s every kid and adult drinking over 1.5 cans (or 600 mLs – 1 pint) every day of the year.

Australia was #6 with 100 litres, UK #7 with 97 litres, the Kiwis are #9 with 84 litres and Japan is #18 with 22 litres. I suspect this only includes countries that keep statistics and is not the “top 18” soft drink guzzlers on the planet.

Posted by Glenn Cardwell at 9:27 PM No comments: 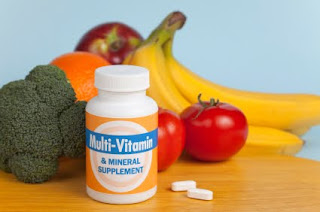 The multivitamin pill is a favourite supplement of people who are “well and would like to stay that way”. They are usually taken as insurance so they know they are getting all the main nutrients each day.

Vitamins and minerals are found in a range of foods so they are considered “natural”, but taking large doses in a tablet form is quite unnatural and this is rarely mentioned. Before vitamin supplements became popular in the 1970s there were no studies indicating they were safe because it was assumed that natural = safe. Most scientific reviews have shown little advantage for general health when taking specific vitamins or multivitamins, partly because those that take them are both moderately well-off and moderately well.

We do know that supplements may be helpful in specific circumstances. Pregnant women are told to take folate and iron because their increased needs can be tough to get by food alone. Calcium supplements can be helpful to those who aren’t big fans of dairy food. With possibly one third to one half of Australians being vitamin D deficient during winter means a vitamin D supplement. or more midday sun, is required. Vitamin supplements may also be useful for backpackers relying on a limited range of food or during long periods of illness.

If you look after yourself, there is probably no advantage to taking a multivitamin for a shot-gun spray of nutrients. If you prefer to take one, then chose one that provides the vitamins and minerals in amounts equal to the daily needs (Recommended Dietary Intake – RDI) or less. The perfect multivitamin would provide about 30-50% of the RDI, but this is not great for marketing – people like to see bigger numbers, so many supplements provide much more than is required leading to the “expensive urine” comments.

Posted by Glenn Cardwell at 6:23 PM No comments:

I love getting questions which make me head to the textbooks and PubMed [http://www.ncbi.nlm.nih.gov/sites/entrez], the on-line search engine for science papers. Steph’s Mum and Dad have a German and Italian background respectively and they both got a dose of castor oil from their parents when they were kids. Steph wants to know what is going on, or through, with castor oil.

Castor oil is not promoted as a laxative these days; we prefer people to eat their fruit, veg and wholegrain cereals for a more natural laxative effect. Or just check the direction of your superannuation nest egg of late – that will have a similar effect to castor oil.

Posted by Glenn Cardwell at 6:20 PM No comments: