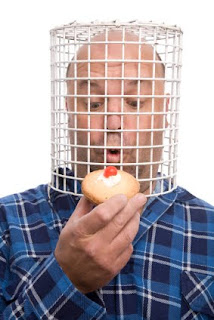 In my local paper there was an ad for a half price fat and cellulite-losing program. The moment the word “cellulite” appears the red warning light was illuminated. Reading further, I saw the word “detox”, which triggered the scam alert siren. Then the ad said that on this program you will “burn 1200 Calories in 50 minutes whilst you relax fully clothed”.

First, let me say never, ever use the word “whilst” in print. Well, when have you ever said “whilst” in your life? Imagine saying “Would you please hold my jacket whilst I go to the bathroom?” People will think you are a right twit. And they are fully justified.

Second, do you know who has ever come close to burning 1200 Calories in 50 minutes clothed? I mean properly measured, not guesswork? Tour de France cyclists climbing the Alps. They have their backside out of the saddle, legs pumping, sucking in huge volumes of air, eyes bulging, aching for the finish line. Do they look relaxed to you? During an Alps sector they can burn 7740 Cals (32,400 kJ) over six hours.

Another example. Mike Stroud once burned 11,630 Cals (48,700 kJs) in a day, about 500 Cals an hour. This is the biggest daily calorie burn ever measured in the world. Want to know how he did it? By crossing Antartica pulling a 222 kg (480 lb) sled. I met Mike in Southampton, England for a chat. I now regret not asking him how relaxing he found the three month trekking experience. He did lose 25% of his body weight and he was fully clothed, so if you answer the ad and they rug you up and check your passport before putting you on a plane heading south, well, you were warned.

Posted by Glenn Cardwell at 4:30 PM No comments: 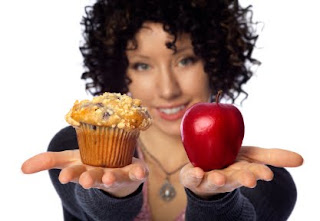 How do you control how much you eat in a world of relatively cheap food that’s easy to buy anytime of the day? You might be one of the rare folk who eat well until hunger departs, allowing your appetite to keep your weight healthy. Well done you. Most people today look at food and go through the “should I or should I not?” mental routine. Should I choose dessert or not? Have I deserved a treat? It’s a common self-justifying system employed by many.

Does giving yourself a Mental Calorie Budget (MCB) help you to control your eating when surrounded by abundant food? In theory, yes, according to research done by scientists in the US and France. They convinced one group of adults to keep a MCB on the amount of treats they would consume when offered plenty of treat opportunities over a day. As they were offered treats, they had the option to accept or reject each one.

So, would the theory work in real life too? Let’s face it, it is easy to reject a treat that you just get to see on the computer screen. It’s a whole different story if the treat is edible and within reach. The researchers found that the MCB worked well in real life too. What was interesting was that when limits were made by an external voice (such as by a health professional) they were more effective that an internally voiced limit as you might tell yourself. This reinforces the potential benefits of advice from your doctor or dietitian. Well, for a short while at least.

If you know that you have a weakness for chocolate, biscuits or anything ending in –ccino then setting a MCB each morning as you clean your teeth may be a helpful way of restricting those foods or drinks. I suspect the message to self would have to be made every day as I can’t see a Monday message getting you through to the weekend. And, to be honest, it will only have a limited effect if you are trying to lose weight. You will need to employ other mind games (eat slowly, not buying treats in the first place etc) for the MCB to be helpful. Just remember that chocolate biscuits only have the power you give them in the first place.

When food was scarce or unpredictable, as it has been for most of human evolution, the choice was simple: eat or starve. It is no surprise that we haven’t adapted well to having an abundance of food choices close at hand. It is so easy to eat “just one more” to be sociable or get another squeeze of endorphins running around the brain sending off “oooh, yummy” feelings.