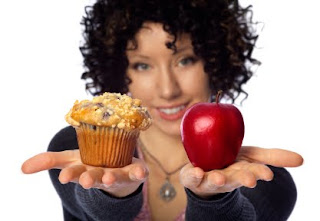 Can you believe it? Thirty years. That’s how long I’ve been encouraging the world to take better care of themselves. Hey you, put some more fruit in your shopping trolley. Jeez Louise, do you really need to be following that crackpot diet? Mate, you are going to travel a lot better if you cut back on the beer and ciggies. The usual advice.

I used to work for a non-government health agency promoting better eating to everyone from school kids to the elderly. Now a report comes out suggesting that I was pretty much wasting my time.

The Cochrane Collaboration has done a review of the risk factor interventions for the primary prevention of heart disease. The risk factors that the programs targeted were high blood cholesterol, too much salt, high blood pressure, overweight, smoking, diabetes, and a sedentary life.

They checked out 55 trials that included over 160,000 people running over a period of six months to 12 years (median 12 months). Although there was some small reductions in risk factors, the intervention programs were a dud, having no effect on morbidity and mortality. As I have mentioned in a previous newsletter, any review from the Cochrane Collaboration [http://www.thecochranelibrary.com/view/0/index.html] carries some clout.

Commenting on the report, [http://www.thecochranelibrary.com/details/editorial/983199/Considerable-uncertainty-remains-in-the-evidence-for-primary-prevention-of-cardiovascular-disease-by-Carl-Heneghan.html] Carl Heneghan from Oxford University mentioned that only people with a pre-existing disease such as high blood pressure or diabetes showed much response to intervention, possibly because they take medication and may be more attuned to the severity of the problem. He said that risk factor interventions that try and change behaviour do not work in the long-term.

As best as I can gather, the review is saying that the shotgun approach of public health intervention programs, such as telling people to eat less salt and saturated fat, doesn’t really change behaviour. It is only when someone is diagnosed with a major problem that slows them down do they begin to take any notice.

Not that you should trust my observations, but I can tell you in my time in private practice I probably had zero influence on health, although when I worked in Coronary Care in a major hospital I met the single most motivated blokes on the planet. That is, when the grim reaper pokes his head around the curtain, many people are prepared to change their habits. For a while, anyway.

As I write this, my mate Chris Rowley alerts me to yet another public health awareness campaign [http://www.smh.com.au/national/obesity-ads-urge-a-swap-for-health-20110312-1bs1x.html] in Australia. I can’t help thinking that there goes another $41 million down the drain just to keep some public servants occupied. But then, the most unlikely thing to change is human behaviour, whether it is personal or public. (Another observation: the more public weight loss campaigns there are, the fatter we become).

I think our best bet is still to encourage (reward?) the food industry to lower sodium and saturated fat levels, and increase the fibre content, of commercial foods, and just hope that today’s kids become smarter than their parents.

Posted by Glenn Cardwell at 5:22 PM No comments:

In an earlier blog (23 Feb 2011) I mentioned that by eating fibre containing foods you would become a methane producer and therefore, to a mild degree, be contributing to global warming along with the cows.

As commonly happens, I then came across another paper that explained that only one in three people are digestive methane producers (American Journal of Gastroenterology 2010; 105: 1250-1256). Have a look at the person either side of you. One of you is a methane producer.

It also appears that in many cases the production of methane is linked to irritable bowel disease and colon cancer. Abnormal levels of methane could signal that you are unwell, or about to become so. Now, just take a closer look at the person either side of you and hope that one of them looks less healthy than you.

Posted by Glenn Cardwell at 5:19 PM No comments: