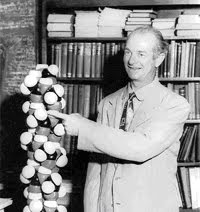 Posted by Glenn Cardwell at 9:29 PM

Esteemed Mr Cardwell. Why is it that when I have vinegar I immediately sweat through the top of my head. Kind of a volcanic reaction. Always enjoyable. A sauna like cleanse.

PS. I think you should write a newsletter about Chumbawamba thinking for health. Of course I have a devious reasoning for this apart from the fact that it could help everyone in the World.

Thanks for the info on Vitamin C supplements. I currently use 250mg with watered-down Coles Concentrated orange juice after eating breakfast cereal to try to ensure that my iron intake is maximised. Next time I'll just get the 100mg tablets.

Don't know about the sweat through the top of the head reaction Mr Capelli. It might be part of your Italian heritage, you know, a little vinegar on the salad and sit back and enjoy the heat.

Thanks for your comment Warwick. Suggest you get you iron levels measured next time you get a check-up from your doctor. Most blokes don't suffer low iron, because we need so little compared to the ladies.

It research be accepted that of the epidemiological findings on the partnership involving vitamin C quantities.