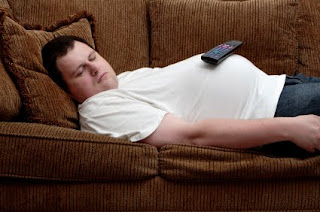 Terming the gradual increase in the number of overweight people as the Obesity Epidemic is more an emotional phrase than an accurate one say Canadian academics in an editorial in the European Journal of Public Health. An epidemic usually refers to a disease that has a sudden onset with a temporary high prevalence in a population. Although over half of western populations are overweight, it has hardly been a sudden onset.

Is excess body fat a disease?

The other aspect to calling obesity an epidemic is that it then becomes a disease. Is obesity really a disease or just a mis-management of energy in and energy out in a society with abundant food and energy saving devices? Labeling obesity as a disease can help generate research funding to find a “cure” for the disease. It also suggests that people had little say in becoming overweight because, well, it’s a disease, and diseases are something that you catch, possibly from another person!

Disaster on the horizon?

In my view, the use of the terms “disease” and “epidemic” helps cement the idea that a disaster is pending and many people are about to die, and, without a skerrick of justification, people can say that “our children will be the first generation to have a shorter life span than their parents.” Rest assured, that claim has been pure fabrication to generate headlines. Right now, average life spans continue to increase, with no hint of dropping.

The authors point out that while overweight has increased, high blood pressure and heart disease have been on the decline. They say that: “further, since the early 1980s, coronary heart disease mortality rates have halved and life expectancy has increased steadily in several developed countries.”

In Australia, high blood pressure has halved in adults dropping from 40% in 1980 to 18% in adults aged 25 to 64 years at the beginning of this century. Coronary heart disease death rates have fallen rapidly since the 1970s. In the decade 1996 to 2005 the heart disease death rate dropped by 42% due to a reduction in the number of heart attacks and a better survival rate.

However, the authors do add that the increase in obesity may well have slowed down these favourable trends, and that it is very unlikely that heart disease rates will ever return to those of the 1970s.

Not for a moment are the authors downplaying the health consequences of being overweight as it is associated with a number of chronic disabilities such as diabetes and osteoarthritis, and the fact that such people are unlikely to be enjoying life to the fullest.

The authors do warn that classifying obesity as a disease rather than a risk factor does not help us understand obesity as a public health problem. For example, you cannot guess somebody’s weight if you only look at a series of tests such as blood cholesterol or blood pressure. In NI 36 I mentioned that that about half of overweight people are metabolically fit and around one quarter of lean people are quite unhealthy. There is no specific cut off weight that determines whether you are going to be unhealthy or healthy in the future.