Biting less than you can chew 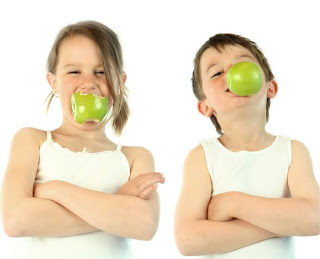 “Don’t put so much in your mouth” is the advice parents give at the dinner table, especially to teenagers just arrived home after sports training. I used to eat at the same table as a motorbike fanatic at boarding college in Adelaide. We used to call him “hoovermouth” as he would fill his mouth until he had cheeks like a trumpet player. He would also eat with oily hands because his theory was that bacteria couldn’t live in oil.

It appears that how much you stick in your mouth could influence how much you keep sticking in your mouth. One weight loss tip has always been to take small bites, chew your food and put your knife and fork down between mouthfuls (assuming you haven’t got your mitts around a burger or dipping your fingers into a bucket of popcorn).

Now Dutch researchers have added a touch of credibility to that advice. Twenty two healthy, young people, without eating disorders or strange boarding house table habits were selected for the experiment. And they had to like chocolate custard too.

The least total amount of custard was eaten when the bite size was the smallest and the OPT was the longest. Compared to eating the custard ad libitum, they ate 32% less food before feeling full. Once either the bite size was increased or the OPT was shortened, more total food was consumed.

Although the eating situation was highly controlled and therefore not natural, the results were supportive of previous similar research. One earlier study even had people wear a dental prosthetic to reduce the oral cavity in the mouth and found they ate 25% less food. Why hasn’t someone put those on the market yet?

Posted by Glenn Cardwell at 4:02 PM